Do you know the “Festa des Cavall”?

The Festa des Cavall de Mallorca is a tribute to the original Jaleo which is held every year in Menorca. The Jaleo is a tradition rooted in the island of Menorca that takes place throughout the summer in the different towns of the island, but the most important date is the 24th of June: Sant Joan. And what exactly do Jaleos consist on? You may ask.

Well. In these festivities, as you might have imagined, the main protagonist is the horse. Thousands of people congregate in the streets of Menorca to watch the horsemans called caixers passing by on the backs of majestic horses that they master with impressive technique.

It is like a cavalcade of elegant horses that, dominated by the horsemans, stand on two legs, which is traditionally called 'fer el bot', and jump to the sound of music creating an impressive show. 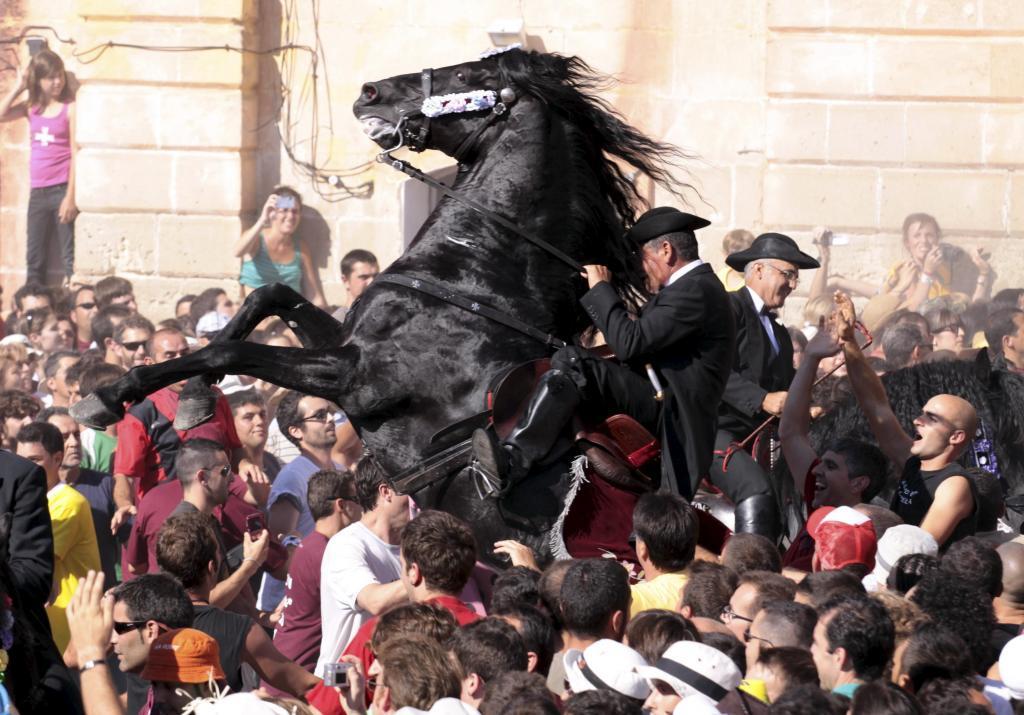 Both riders and horses wear their best clothes to attend the Jaleo, where they parade among a crowd of thousands of people waiting to get close to the horse when it bounces on two legs to touch its belly. If getting under a horse can sound crazy, just imagine being there! I guess it's a great accomplishment for those looking for a high adrenaline experience. Anyway, there is always the option of watching the show from a safe distance for those of us who are not so daring.

In short, a Jaleo is one of those shows worth seeing once in a lifetime. And I know what you're thinking now. Perhaps you are complaining while reading this article with a ticket to Mallorca already bought and you do not want to miss the opportunity to see such a show. But don't worry, Mallorcans and Menorcans are like sibling towns, and like good siblings they pay homage to each other.

That is why on the island of Mallorca they have been enjoying the Jaleos for years in their so-called Festa des Cavall, which is celebrated in different towns of the island. The relationship of the Festa des Cavall with the Menorcan festivals is so evident that some even call it Jaleo mallorquí. 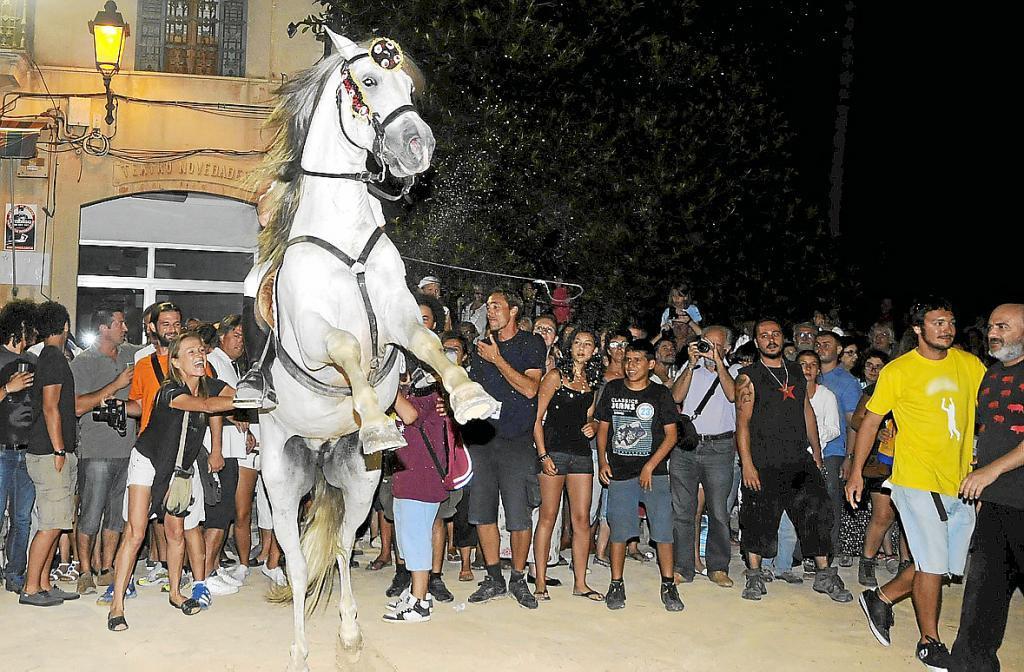 The Festa des Cavall or Mallorcan Jaleo is held in the municipality of Ses Salines, in Mallorca. It is said that this tradition was moved from one island to another by a man called Pep Gelabert, a Minorcan from Ciutadella who used to spend a lot of time in Mallorca, specifically in Ses Salines, where the Festa des Cavall now takes place. This festival is held every year on the last saturday of August. And this is not the only show of Mallorcan-style jaleos that we can see on , but we can say that it is the best known on the island because it was the first place in Mallorca where this tradition was established.

What do you think of this peculiar tradition? Would you like to experience the show in first person? Well, you know what you have to do! Find the date you want, make a space in your diary and witness a good show. You decide if you prefer the Mallorcan style or if you prefer the Menorcan style. Tell us later! See you soon!