Those who know of the existence of Cabrera, have heard of the Blue Cave (also known as the Cova Blava).

The Blue Cave in Cabrera is a small sea cave on the north part of the island which ranges from 6 metres high in the entrance to 20 metres in the inside. Thanks to its orientation, in the afternoon the rays of sun illuminate the cave creating spectacular light and colour effects. In the submerged part, the largest entrance makes it possible for the water to illuminate in a wide range of blue shades. Some would say that it looks like sapphire, electric blue or even that the blue colour is so intense that it seems coloured water, almost artificial. 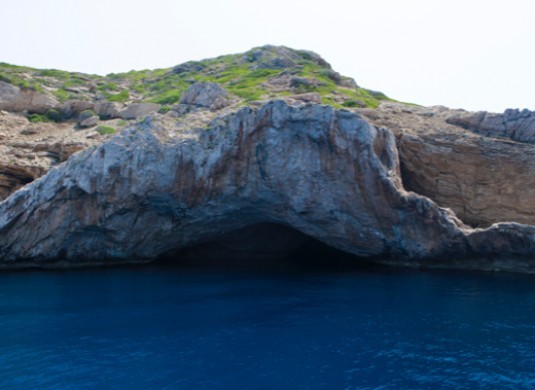 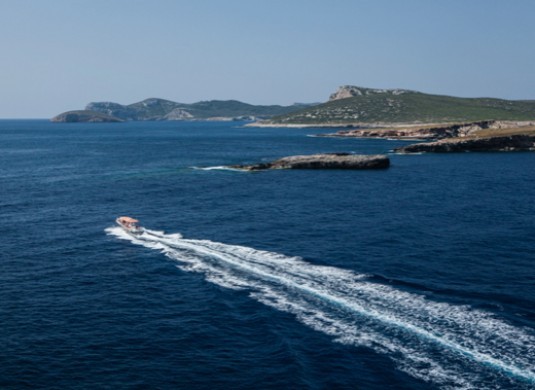 On the way back from the excursion to Cabrera from Mallorca that you choose, we will stop by Cabrera’s Cova Blava (as the locals call it):

There are many options to choose from: our Fast excursion to discover the landscape and the fauna present in the marine reserve in the National Park, its birds and its submarine world, our Classic Tour excursion by boat during which you will enjoy a full day in Cabrera or even our Premium Tour excursion to visit the historical, cultural and natural landmarks of the island such as the castle, the Museum of Cabrera, the archaeological sites, the monument to the French, the Ensiola lighthouse, the Botanic Garden or the crystal-clear water beaches of Sa Platgeta and s’Espalmador.

Whichever excursion you choose, you will not be able to resist taking a dip in the amazing water under the 20-metre-high stone vault. Swimming in the Blue Cave in Cabrera island is an unforgettable experience and the best way to end a perfect day in the National Park.

Moreover, with our Sunset Tour excursion you can contemplate the sunset in the Blue Cave from our boats while you enjoy a glass of cava and a traditional sweet and visit the sailor’s port and the Castle of Cabrera, catalogued as a heritage of cultural interest which has witnessed the history of the island since the 15th century. 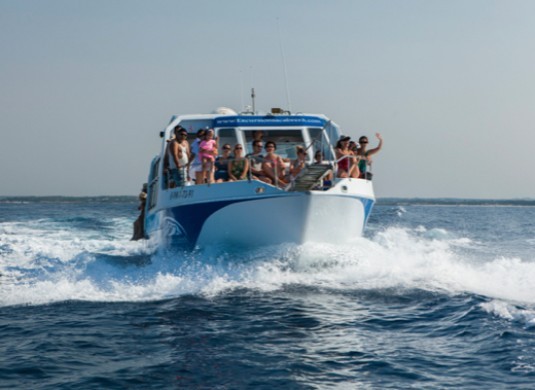