Snorkelling in Cabrera is a unique opportunity to take the plunge in paradise, one that is increasingly more sought after by visitors. Due to its 500 species of marine fauna, its natural spaces and its exemplary conservation it has been declared a National Park. Its diversity is so immense that nowadays we can still find species of non-catalogued endemic crustaceans. A mere hour away from Mallorca aboard our boats, the archipelago is also the best example of unspoilt Mediterranean ecosystems in Spain. 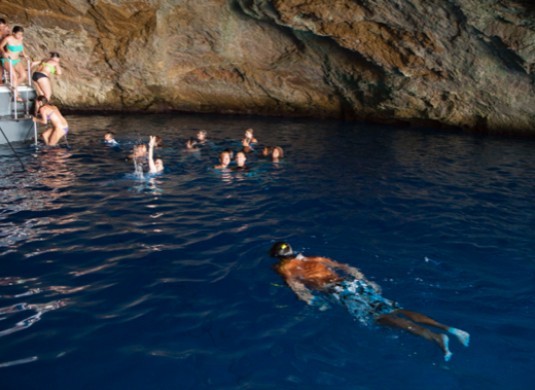 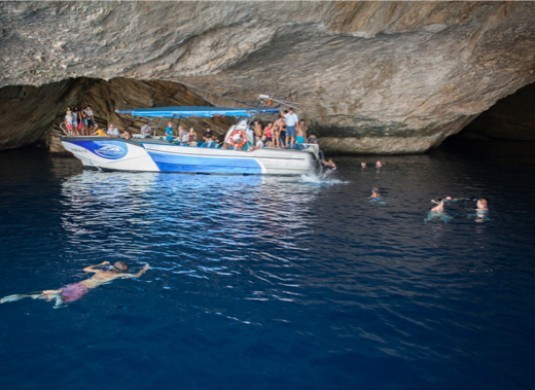 If you decide to go snorkelling in Cabrera, in the Posidonia prairies you can see a significant number of marine fauna species such as groupers, octopuses, conger eels, sea bass, sea urchins, cuttlefish and many more. In some areas of the coast, you can also be lucky enough to find dolphins, moray eels, sperm whales and loggerhead turtles.

Due to its rich fauna, snorkelling in Cabrera is a unique experience for those wanting to relax on its beaches, such as s’Espalmador, sa Platgeta, or Cas Pagès, a traditional house that was used as a farm in the past and that has a small beach. To enjoy the beaches of Cabrera, we also recommend discovering its fauna such as the cormorants or that in touch with the sea and the rocks such as limpets, sea snails and sea tomatoes

When you choose and book one of our Excursions to Cabrera from the Colònia de Sant Jordi, remember to check with our crew how to rent the equipment to practice snorkelling; they can also recommend the best place to scuba dive on the island or the guided excursions that are offered on a daily basis by the park’s staff.

We wish you a pleasant excursion (and immersion!) 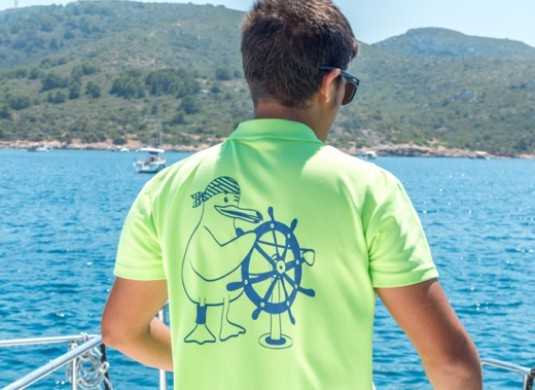