Visiting the Castle of Cabrera is a must when travelling to the National Park (just like visiting the Blue Cave). This fortress has been witnessing whatever happens on the island from above from the time it was built (or rather it was restored) in the 17th century when they were ensuring that no invader came close.

The arrival from the sea with our boats is one of the most striking views of the castle on the island of Cabrera. Once we leave the Na Foradada, Na Pobra and Na Plana islets behind and we pass the island of Conejera, the impressive silhouette of the castle appears in the entrance of the port. 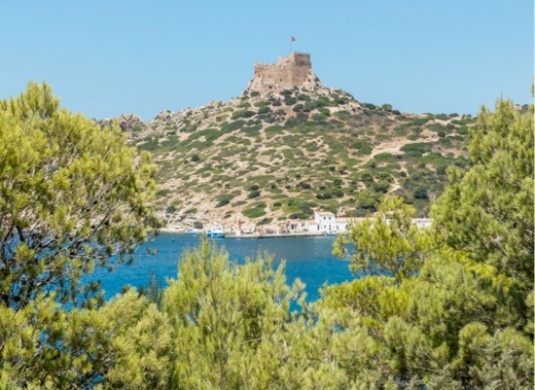 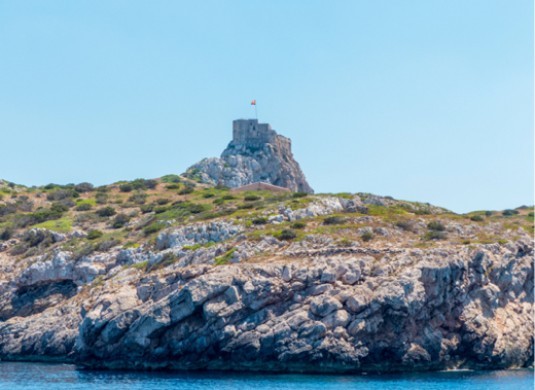 But the history of the castle of Cabrera still goes a few years back… At the end of the 14th century, a tower was likely built there, and on a document dating back to 1410, that fortress was already mentioned. At around that time the island was also occupied to defend it from pirates. The lookouts were in charge of lighting the fire in the tower to notify the closest tower in Mallorca, the one at Sa Ràpita, of a potential attack to the Mallorcan coast.

During the 16th century, there were many pirate attacks which caused major damages that forced to restore and rebuild the castle on several occasions.

In 1716 the castle received regular army troops. Between 1809 and 1814, Cabrera became a jail for Napoleonic soldiers and the castle was set up as a field hospital and residence of priest Damià Estelrich. There is an inscription from those times on one of the castle’s walls: "Fleury Grapain prisonnier en 1809 et 1810".

It has also been used as a quarantine place in times of epidemics.

From the tower we can contemplate the Illa dels Conills, the port’s inlet and Sa Creueta and the Llebeig cape, the Caleta d’es Forn, S’Espalmador, Sa Platgeta, the Museum of Cabrera, Cas Pagès, the chapel and the pavilions. 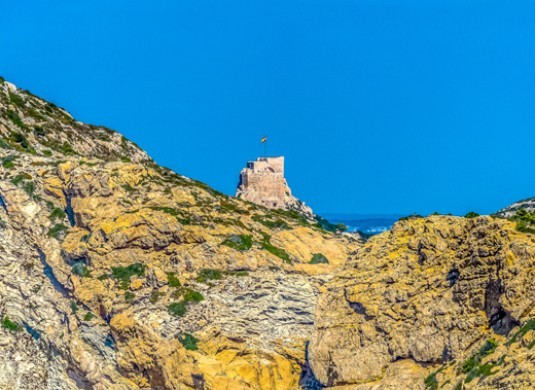